It’s Your Game: Make the Rules and Play to Win 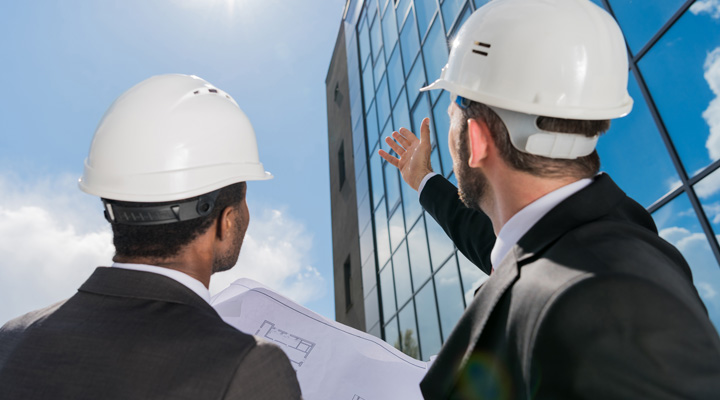 Great teams know the rules
On January 16, 2022, the Dallas Cowboys played the San Francisco 49ers in the first round of the NFL playoffs. Playing at home, Dallas was favored to win, but the Cowboys were down six points with 32 seconds left when they started their final possession on their own 20-yard-line.

Dallas quickly moved up the field. With 14 seconds left, the ball on the 49ers 41-yard-line, and no timeouts remaining, QB Dak Prescott ran the ball for 17 yards down to the 24-yard line. Would the Cowboys be able to get another playoff before time expired?

There are seven officials in an NFL game. One of those officials is the umpire, and part of his responsibility is to correctly position or spot the ball following the end of a play before the next play. If he doesn’t touch the ball, the next play can’t start. This is one of the rules of the game.

Like there are rules for every sport, and the successful teams know the rules and play by them, so every successful business has a set of clearly defined rules that they play by.

Construction is risky game
As a construction company owner, you bear the burden of that risk and your job is to make the rules of the game that you are playing, invite people (including customers, project partners, employees) to play the game, and then enforce the game’s rules.

You make the rules
The game you are playing is winning, building, and getting paid for executing construction projects. The processes you create and enforce are the rules of the game you play. These rules apply to your customers, project partners, vendors, and employees. If the processes are poorly executed or ignored, the rules of your game are broken.

Business involves the free exercise of will. You own your business; you have the freedom to select the customers you work for, projects partners you work with, and employees you hire.

When inviting customers to play your game, define what happens before the project starts and how it will run from the first day to the last. Do your clients the courtesy of clearly creating that game and communicating how you do business and how they will do business with you. Strive to only work with clients who are willing to play your game.

Your interview process as a funnel, wide at the top, narrow at the bottom. For employees, the first interview begins the conversation of the rules of your game. Invite people to the top of the funnel, exploring with them if they want to join your company and play by your rules. Describe your culture by telling them stories that paint a clear picture of how your company operates. When you explain their prospective role and responsibility, give them an example of one or two of the processes that define your game that is essential to their success.

As you go through your interview process, you will remove people from the funnel, and some people will voluntarily exit, deciding that your company is not a fit for them. That’s a good thing. It is better to get an honest “no” from someone in the interview process. Then to get a half-hearted “yes,” bring that person on board and end up letting them go six months later.

You define the game for clients and employees; do the same for your project partners. If you’re a General Contractor (GC), communicate clearly with your subcontractors how you handle change orders, safety standards, scheduling of work. You are the prime contractor; insist that they play by your rules.

The same goes for subcontractors working with GCs. One of my subcontracting clients likes to say, “We run the job,” and they spend much time educating GCs on how to run their work efficiently. Remember, you are always playing a game, yours or someone else’s. If you’re going to build a business that you enjoy working in, you must design that game and discipline yourself to play it. That way, it’s less stressful and more profitable.

You can create a great game with clear rules, but you must enforce the rules to win
Some people will try and play by their rules. These are not long-term players, don’t allow them to participate in your game. Don’t get stuck playing other people’s games, be willing for the pain of holding people accountable to play according to your rules. If you don’t, you will experience the pain of regret from not playing your game your way. Lost time and money and mental anguish compound that pain. The pain of discipline is temporary. The pain of regret is lasting. Which will you choose?

Every construction company works under the constraints of the markets they choose to build in, and you may feel stuck playing by other people’s rules. Focus on what you do control. Create the rules of your game, working towards as much freedom as possible regarding how you build, whom you work for, and who works with you.

If they don’t play by your rules, walk away
In 2004, I began selling a management development program for a global leadership company. The sales process was rigorous. I would meet with the CEO of a company, explain the structure and benefits of the 12-month program, and at the end of the presentation, offer to conduct a two-hour preview seminar of the material for the executive team before they committed to the course.

I charged $2000 for the seminar, but I waived the fee if the CEO agreed to three conditions:

These were the rules of the game that I was playing. It was the CEO’s choice whether or not they would play by those rules. If they agreed, I would do the seminar, if they didn’t, I walked away.

I learned that if I was courageous and played by my rules, it benefited my clients and me. I became one of the all-time most successful salespeople are in that company, and many companies benefited from participating in the leadership program.

Make the choice to turn pro
Netflix is an example of a company with a clear set of rules:

In their hiring process they state: “We’re a team, not a family. We’re like a pro sports team, not a kid’s recreational team. Netflix leaders hire, develop and cut smartly, so we have stars in every position.”

Netflix plays its game a particular way, and they actively encourage employees to leave their company if they are not a cultural fit.

Your anxiety will decrease, your returns will increase
There are many benefits of developing and playing a disciplined game of business. Your company will run better, and your employees and customers will be happier. Your stress will go down, your profits go up. Make the rules. Invite people to play and then enforce the rules.

Back to the Cowboys and the 49ers
After his run to the 24-yard line, he leaped to his feet and handed the ball to his center to start the next play. The seconds ticked by 10, 9, 8. Would Prescott manage to get off another play? That was a mistake. Remember, the umpire had to touch the ball after the play ended before the next play started. The umpire scrambled to spot the ball, but it was too late. The clock expired, the game ended. They prevented themselves from a final attempt to win the game because they didn’t play by the rules.

Here’s how you can take action:

Need a coach?
If you are struggling to define and play your game, you may benefit from working with a coach who understands the game of construction. Reach out to me and book a short 10-minute call with me to discuss how I can help: https://10minuteswitheric.youcanbook.me/