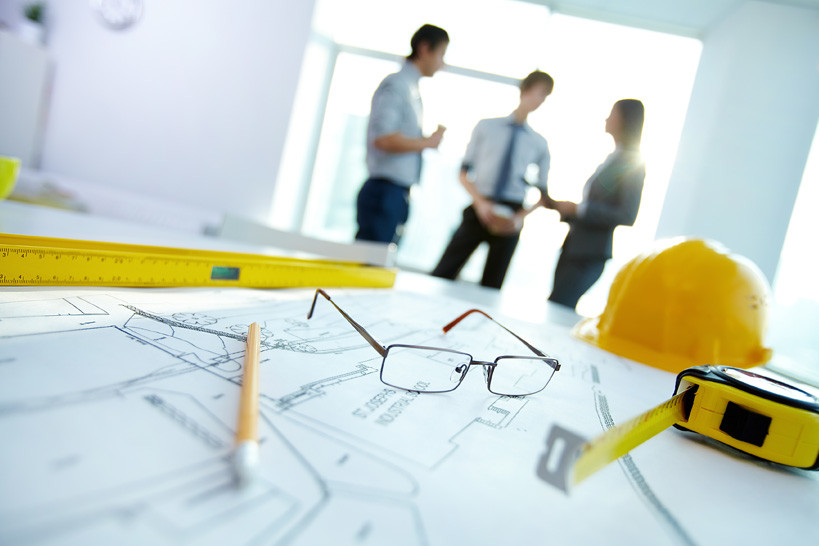 Four Ghilottis Companies Compete
As Mike Ghilotti puts it, the history of his family is one of the most unique stories in Northern California construction. For a sense of what the Ghilotti name means to the region, you only need to flash back about three years. On that day, four separate companies were bidding on a public works project; Ghilottis owned all four companies.

“It was a smaller project—about $585,000—, and there are only four bidders,” says Mike. “We have a bid runner there, and they open up to bid results, as they do at 2:05 p.m. They read out the results, and of course, you’ve got to be low bidder. It’s all about bragging rights. There are four companies listed as bidders: Maggiora and Ghilotti, Team Ghilotti, Ghilotti Construction, and of course, there’s Ghilotti Brothers, the best, which is our company.

“They read out the results, and we’re low bidder by about $15,000, and we’re all excited. The bid runner goes out to talk to the lady there, the administrator, and he says, ‘OK, this is who I am, so please send the information to me, we’re ready to do the job.’

“And she says, ‘Well, hold on, we’re not ready to say that you’re the responsive low bidder. I’m concerned there’s collusion.’

“And the runner responds, ‘Do you know anything about the Ghilotti’s? Are you new to San Rafael?’

“She says, ‘Yeah, I just got here a couple of months ago.’

“He said, ‘Don’t worry, you just got the cheapest price you’re ever gonna get by having all four Ghilottis bidding on the same job.'”

A Rich History
The Ghilotti name in Northern California construction goes back a hundred and eight years. It originated with Mike’s grandfather, James, who came from Grosio, Italy, near Lake Como, straight to San Rafael, California. A stonemason, he’d heard about the 1906 San Francisco earthquake and could sense opportunities.

He worked in the area for a couple of years, but then felt the universal human desire for companionship. He hoped to find a wife with a similar heritage, which meant returning to Italy for the search.

James returned to California with his new wife and started a company in 1914. Over the years he brought his children into the business, and they grew to enjoy the work, and in 1950, as he was nearing retirement age, he told them that they needed to buy the business from him. He wanted a “401k” to help his wife if he were to pass on before she did.

The four brothers bought the company, and beginning in 1951, as Mike puts it, “They grew that thing like crazy.” However, the oldest brother, Willie, the acknowledged glue in the family, died in 1964 from a stroke. That left three other brothers. “One that’s absolutely crazy, wild, brilliant, but challenging to deal with,” says Mike. “And the other two brothers worked well together, so eventually, Babe, the challenging brother, starts his own company.”

Mike’s Uncle Dino was one of the other two brothers who worked well together. After he passed, his son, Dick Ghilotti, started his own company, which also evolved, and eventually another split occurred between two of the brothers.

As you can imagine, one of the most significant challenges facing the four companies is distinguishing themselves from each other. Developers often can’t make the differentiation between Ghilotti companies, assuming that it’s all one, big company.

Another challenge that Mike faces is planning for generational succession.
That planning, Mike says, starts with an excellent management team. “I’ve been blessed that I’m not on the front lines,” he says. “Many construction company owners start a company, and they’re the front line of everything. They’re taking the calls, going out and solving problems, or collecting money—taking care of regulation. I feel for them. I’m so blessed because as a third-generation owner, I’m insulated.”

A whole new set of four brothers is coming up in the next generation. Also, Mike’s personal history is informing the decisions he’s making for those brothers. For anyone facing or thinking about generational succession in their own company, Mike followed three steps that have paid off for him.

You may not have four brothers or four companies with a single last name.
However, you can still benefit from Mike Ghilotti’s business experience. Encourage peace and discourage conflict among your children from an early age, so that they don’t carry childhood resentments into adulthood business. Don’t beat them into the ground, and don’t bring work home to avoid scaring them off with unneeded stress. Also, work with your sons and daughters to find the best niche for each of them, to allow them to shine their brightest, and to give yourself the best chance at a smooth ownership transition.

When it is time for you to retire will your construction company be attractive to buyers or ready for the next generation to takeover – or are you stuck forever in a quagmire?

Which statement describes you best?

Take this FREE assessment. In just 5 minutes, find out if you should be confident or worried about your company’s future.

Go to https://www.constructiongenius.com/five to take the assessment.