Don’t Fear the Unknown: Innovate to Lift Your Company 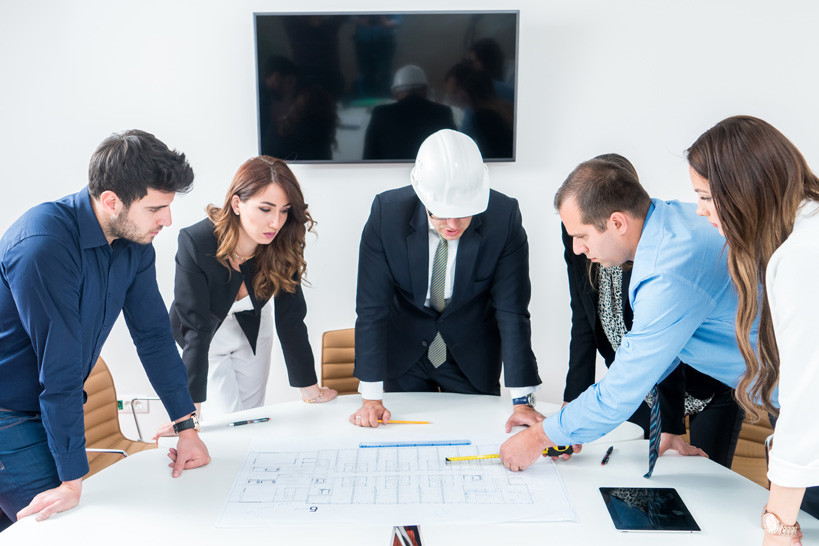 “Business has only two functions—marketing and innovation.” Peter Drucker 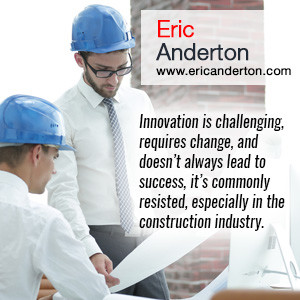 Marketing is about creating and retaining customers. And innovation creates new levels of performance in one of three areas: people, product, and processes. But because innovation is challenging, requires change, and doesn’t always lead to success, it’s commonly resisted, especially in the construction industry.

I was pleased to recently speak with Angie Simon, the president of Western Allied Mechanical, Inc., based in Northern California’s Silicon Valley. She’s also the president-elect of the Sheet Metal Contractors National Association (SMACNA), an international group representing over 1800 sheet metal and air conditioning contractors.

“We’re not afraid to try things that are different, and that’s not something that the construction industry typically does.” Industry leaders often make a lot of noise about technology and innovation, but get distracted by the desire to get out and quickly build a profitable project, so they can get paid and move on to the next one.

They often point to the high-quality buildings constructed 40-50 years ago, and the common desire to repeat the exact same construction strategies for today’s buildings.

“We can build better buildings,” she says, “and we can build them faster, with newer technology, less risk, and increased safety. If we decide to go ahead and not be afraid of new technology. In construction, there’s a lot of people that talk a good talk. But when you really challenge them, they’re not actually using much new technology.”

Roll Smart, Roll Right
For Western Allied, the road to innovation wasn’t always smooth. Several years ago, they rolled out a new productivity tracking system, wanting to use the data to refine their estimating process, provide the most competitive quotes, and set the most realistic field times.

But they didn’t do it wisely.

“We started adding (new) codes…, but we didn’t tell the guys why we were doing it. We just told them to take 15 instead of five minutes filling out their time card. But then we didn’t do anything with it. We didn’t take the data, and we didn’t follow up on the data. We didn’t use it in our estimates. So within a year, we concluded that it wasn’t working, and we went back to our original codes.”

It’s a common refrain in construction; leaders and companies try out some new software or technology, but it doesn’t get results, and the company reverts to the original, usually less-efficient processes. Angie realized that she had more on her plate than anticipated as president, and managing both sales and operations. She and her partners could see that the company’s operations side was getting short shrift. The solution?

Choose Your Champ
“We hired an operations manager. We told him we’d really like to do this productivity tracker, but we’d like to do it right. To roll it out properly, you need to have a champion”

A crucial task for that champion is explaining the “why.” If you’re a construction leader rolling out a productivity tracker, you’re liable to get resistance from those who didn’t enter the industry just so that someone could be snooping on them every second of every day.

To counter that resistance, offer more information, tell them the “why”, to increase your workers’ buy-in and sense of ownership.

“Our operations manager,” Angie says, “was able to explain to everyone that it wasn’t meant to track them. Instead it gave us the ability to offer more kudos when they’re doing well. We can find out, when we’re 30 percent along, that we’re already in trouble, or that we’re doing great. Because if we’re already in trouble at 30 percent along, we can make some changes to get us out of trouble. That’s key.”

The Dominoes of Change
For Western Allied, the first innovation led to more. Once they were tracking productivity, they could measure completion times for specific tasks. “We saw how long it took to hook up the reheat coils on the boxes in the field,” she says. “And we knew that in a shop, it’s a more controlled environment. It takes us less time to build them in the shop. That really helped.”

With the foremen fully on board, they could contribute to the tracking, using their Bluebeam drawings of ductwork, each week highlighting the number and the lengths of installed runs. Then the engineers could look at what’s installed and better estimate the timing of their own work.

“We can keep track of where we’re at,” Angie says. “We actually use the data—they know that they’re doing it for a reason. You have to show them the results. They may not always be the best results, but it would be worse if we didn’t know that along the way. If we didn’t catch it at 30 percent along the process, then we would have lost more money. We celebrate the successes, and we’re seeing that they’re beating their budgets and every other goal that we set. We have progress meetings, and it’s a whole team effort.”

All of this innovation has affected how Western Allied approaches estimating as well. They’re using collected data to constantly refine, so that their estimates more accurately match their results. As Angie puts it, the economy has it cyclical ups and downs, and with their new processes, they’ll be better situated for the next downturn. “We’ll have a much better idea where we can cut, and still make money. We know where our fat is.”

Take the Risk, Take the Win
Change isn’t easy. If you’re the owner of a construction company, you know all about risks. People approach you with ideas about innovation, new technologies, and new procedures. But if your company is on the line to successfully build a project on time and under budget, those risks can block you from embracing innovation. 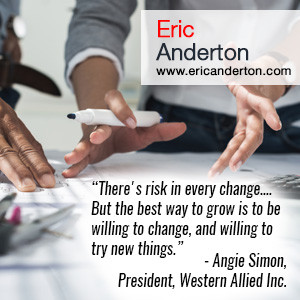 “There’s risk in every change,” Angie says. “The construction industry deals with change worse than most. We don’t like to see things change. But the best way to grow is to be willing to change, and willing to try new things.”

She points to an example from further back in history. On the design side of Western Allied’s business, they like to try new strategies and squeak out every little bit of energy on every project. “We can use in-floor radiant heating and cooling,” she says, “because it’s more efficient than other systems. We had variable flow pumping systems before they were standard. At the time we were doing VAV fume hoods, and I was a project manager, and I remember thinking, ‘Wow—if this doesn’t work, we’re in trouble.”

But with good engineers on board who could ensure the success of new technology, the innovation began to build Western Allied’s reputation as cutting-edge contractors. “What sells my work? What sells my projects?” she asks. “It’s the quality of our work, and we don’t miss our deadlines. There is risk, but you’ve got to balance that with the need for innovation. We’re going to save time and money on jobs, if we’re willing to try new technologies.” 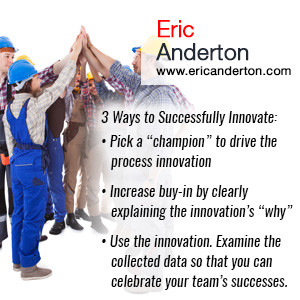 Three Tips for Better Innovation
That courageous but measured risk-taking approach to new technologies has contributed greatly to Western Allied’s success. To recap the three main strategies for innovation that Angie highlighted in our discussion:

Innovation isn’t easy, but with these tips lighting the way, it can lead you to better buildings and higher profits.

A Tool That Will Get You Innovating
The Construction Leaders Dashboard is one of the simplest yet most powerful tools for leaders in construction companies of all sizes.

Construction companies use this tool to (among other things) get clarity on areas of innovation they need to focus on.

It will also empower you to:

To instantly download your copy of the dashboard, go to: https://www.constructiongenius.com/cld