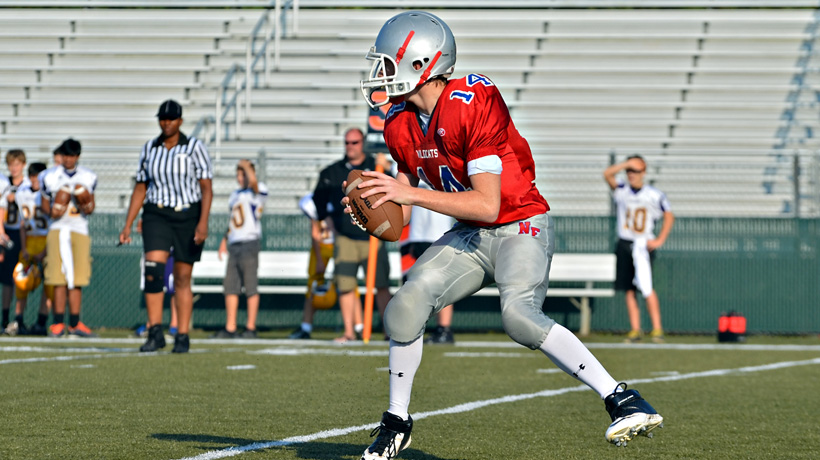 Act like a rookie quarterback
The quarterback is the leader of the team, for better or for worse.

The very best quarterbacks not only understand their position but in every play that’s run on the field, they understand what every single person on the team is supposed to be doing during that play.

He knows how the left tackle is to block the play. He understands the route that the wide receiver is supposed to be running. Therefore, they can effectively lead their team.

When a rookie quarterback gets drafted, one of the quickest ways they can gain the respect of their teammates is by getting a grasp on the playbook.

Don’t get tempted to pretend you know everything.
When coming into a new leadership role, the challenge that many people have is that they don’t know exactly everything that’s supposed to be going on in their department or within their sphere of leadership.

And so the temptation in a role of leadership is to pretend that they do know. And the problem is that if you pretend you do when you don’t, people will find out sooner or later, undermining your credibility and keeping you from being an effective leader.

How can you succeed when you step into a new leadership role?
Two things. One is public, and one is private. In public, when you don’t know, raise your hand and say, “I don’t know.” Lean on the resources within your department who have more technical knowledge so that you can get up to speed and be comfortable in your new role. If you are willing to raise your hand when you first come into a new position and say, “I don’t know.” It enhances your credibility because people understand that you don’t know. And they’re happy that you’re willing to admit that.

In private, study hard. You don’t want to be saying “I don’t know” six months after you take your position. Put in the extra hours before or after work. Get a grasp on your role and striving to understand the functions of the people who report to you.

Implement these two strategies when you come into a new leadership position, and just like a high-performing quarterback, you’ll understand your role and gain the respect of the people you lead.

If you found this post helpful, you’ll enjoy the Construction Genius podcast. Check it out: https://www.constructiongenius.com/podcast