My primary reason for taking this course was to expand my training and to learn from other people. I have never been in a vice president position, but I want to do anything and everything to be the best leader to my team.

I used to approach leadership with less confidence and always questioning whether I made the right decision or not. Now I make decisions and always ask for feedback from my team.

During the course, I felt a little nerves at first but eventually I got over it.

I was way overthinking things and making them more complicated than they needed to be. I overcame this by listening to others and asking them questions. The webinars were great, this was my first time ever doing something like this, so it was a great learning experience. I’m a people person and prefer the in-person interaction but this made me think differently.

I guess it helped me by knowing that there are other people just like me in the class and that I could really relate to them.

What I learned has helped me make specific changes.

This course is involved and entertaining for everyone.

Eric was incredibly open-minded. He demonstrated his knowledge at an early stage of this course. I really liked the fact that he made sure to involve everyone at some point of the course and made sure everyone participated. One very personal experience was when Eric asked us to reflect on a moment when were noticed/congratulated. That was very personal because I’m not someone that likes to gloat or about my achievements. But it was a special moment because I realizes how far I have come in my construction career.

I would advise future participants to be ready to be involved and to be open-minded.

I would also tell them to not overthink things and to just go with it. You should prepare for this class by clearing your mind and be ready to take a lot of notes. You should plan on working for at least one hour after your class to have enough time to do your homework. If you get, stuck just stop what you are doing, breathe and come back to it later. I never had to get help from Eric but if I needed it, I would’ve just called or emailed him.

Now, at the end of the course, I feel confidant and more like a leader.

I would defiantly recommend this course. I learned many things that I thought I was doing right could be improved a lot more than I thought. 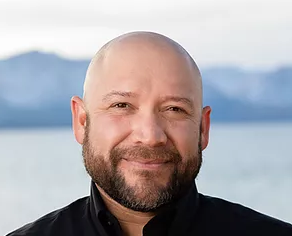